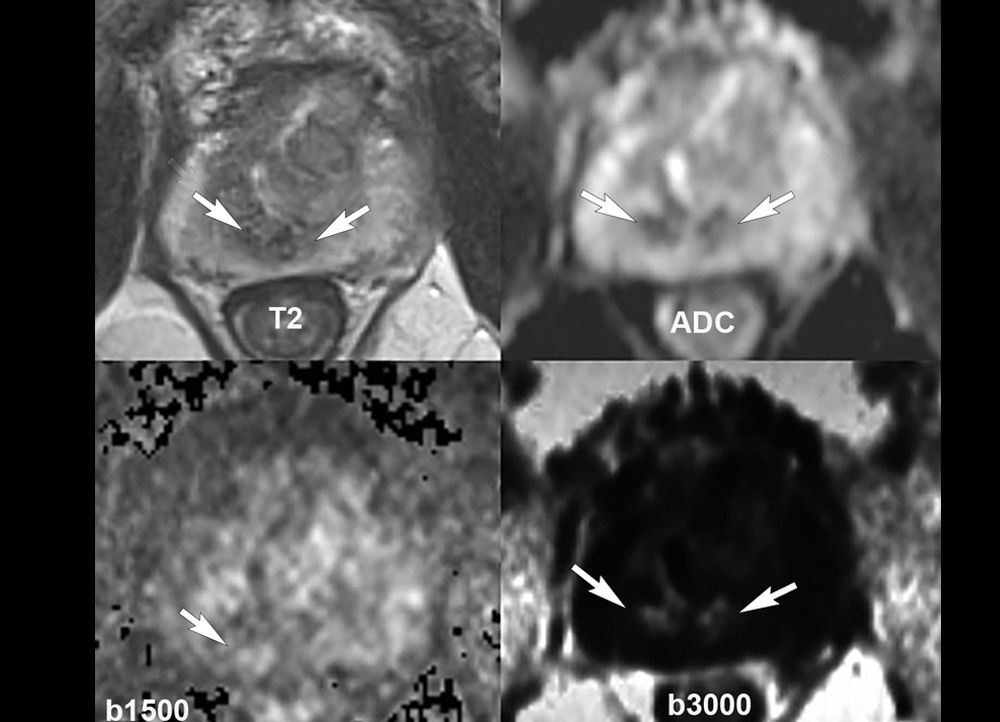 This article follows the PROMIS study (2). The PROMIS study (2) demonstrated that a normal MRI has a high negative predictive value (NPV) to predict the absence of significant cancer, ranging from 72 to 89% depending on the definition of significant cancer. The rate of 89% corresponded to cancers with a Gleason score >3+4 and/or a maximum cancer core length on any core>5mm. In the article by Panebianco et al, it is surprising that cribriform cancers represented 22% of false MRI negatives, as they most often have a score of 4 or 5 on MRI (3, 4). The article also refers to the variability of NPV as a function of cancer prevalence.The higher the risk of cancer in the study population, the lower the NPV can be, without modification of the sensitivity (5). This statistical principle can therefore theoretically be applied to the NPV of a normal prostate MRI, and risk calculators have been proposed to better evaluate the cancer probability in the “pre-test” assessment of the patient by clinical and biological parameters (6), with a predominant importance, in the article by Panebianco et al. (1) of PSA density >0.15. That being said, one can wonder what is the significance of a nonvisible cancer on MRI. Based on correlations with radical prostatectomy specimens, tumors detected in areas with no MRI abnormality are, in the majority of cases, low risk Gleason score 3+4 cancers, with only a small percentage of Gleason 4 grade (7). These tumors have been considered eligible for active surveillance (8) and diagnosis of these tumors would thus not have a significant impact on the immediate management of the patient. These data are somewhat contradictory with the percentage of cancers with a Gleason score of >3+4 (47%) detected in the study by Panebianco et al (1).

Nevertheless, the article by Panebianco et al (1) illustrates how a non suspicious MRI and a biological suspicion of prostate cancer are increasingly being managed, by deferring the biopsy and only performing it if signs of progression appear (PSA level and/or increase of PIRADS score repeat MRI).